Depressed and Finally Reaching Out

I finally did it. After a year of being in a constant war with myself, I told my doctor I was depressed. Considering I've been struggling for a year now, you can probably assume it was definitely not an easy thing to.

I constantly told myself, "you're just having a couple of bad weeks," or "you're just being dramatic, these feelings will subside." I've always thought myself to be a pretty independent and strong person, and I truly believed I could get better on my own, which is probably why I wouldn't admit to myself that what I was going through was not okay.

So, it has gone on for a year now; feeling awful, yet feeling nothing at all, and losing interest in everything I once loved to do. But there I was, continually telling myself that I was okay, even when I had turned into someone I did not recognize.

However, on some of my "tougher" days, there have been times where I wanted to reach out; I wanted someone to realize that I truly wasn't the person I presented myself as, especially in school. At school, I can act like there is absolutely nothing off about me, I participate in discussions and lectures, and I laugh. This is probably why once I get home, all I crave is naps.

My bed was bringing me the comfort I was craving from others. So, I nap. A lot. I try to stay in bed for days at a time, so weekends are my best friends. However, I knew that I was constantly closing myself from everyone around me. I used to be very outgoing, yet now I never want to hang out with friends, or even text them.

On the rare occasions when I actually felt like maybe going out with friends, I would being thinking about how I would actually have to text them to make the plans, and even worse, I would have to get ready. Just thinking about the process made me tired, so I talked myself out of it the majority of times.

More recently, I have struggled with kind of wanting to talk to someone about all of it, and feeling too exhausted to talk about it. Since I was not talking to friends, I turned to social media for relief. I started tweeting hints of feeling "down," trying to hint that I was attempting to reach out. Yet, no one bothered to ask if I was okay-- not a single friend.

Then I realized, no one cares. Everyone always talks about wishing they could have reached out to someone to help after that person commits suicide. But here I was, tweeting depressing tweets, and no one reached out to me. So, about a week ago, I stopped posting on all my social media accounts.

I got rejected from my dream college, and while I was devastated, it taught me something-- I will be successful anywhere I choose to go. I have always had the cliché mindset of, "I want to change the world." I have always been very determined and have had perseverance. However, with how I have been feeling, I have no motivation to do anything, so how would I change the world from my bed? I began realizing that I really was not doing well, and I needed to help myself because no one else would.

Last week with my heart beating rapidly, sweaty hands, and a leg that would not stop shaking, I told my doctor how I had been feeling for the past year now. I began crying, but it felt like a weight being lifted off of my shoulders. I finally did it, I told a medical professional.

I have always loved that doctor. As I talked, he listened so attentively and showed absolutely no judgement. I told him that I wasn't exactly wanting to go to a therapist yet, because talking was tiring for me. He understood, and this was the first day of me going on anti- depressants. I know it's not a magic pill and I won't feel better overnight, but it is the most progress I have had in a year.

While it's a relief that I finally went for help, I'm not fully okay with taking medications. It makes me feel ashamed and weak that I am depressed and that I need help from anti- depressants. However, I told my sister and the one teacher I trust, and that has made me feel a little bit better.

Posting this is pretty scary, but I just hope it helps others reach out for help. Constantly lying about being okay when you're not is so exhausting-- it's okay to need help. So here I am on day two of my medication, hoping for a light at the end of the tunnel one day.

Depression Guide for Teenagers By Melinda Smith and Jeanne Segal 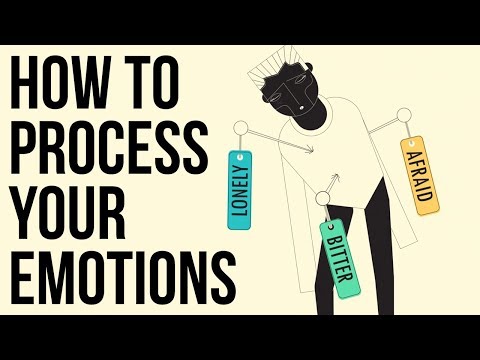 How to Process Your Emotions By The School of Life