Finding Hope and Healing After Growing Up Bullied

Have you ever felt like a victim of circumstance? I certainly have. In fact, I used to think that there was nothing I could do about it, until I realized I was mistaken.

Life can seem so cruel sometimes, but it’s in that cruelness that we can find our strength and our purpose.

I was 12 years old when my life got derailed. It’s not that it was all rainbows and sunshine before then, but this was when I was bullied, and it affected me in ways I couldn’t begin to imagine.

When you’re 12 years old and trying to figure yourself out, the last thing you need is to be made fun of for who you are. It all began when I started attending a middle school where I was the outsider. I only knew two others there and most everyone had been together since elementary school. I believe that I was bullied for this reason. It certainly made me an easy target to say the least. And it would continue for the next two years that I was there.

Up to this point in my life, I was fairly outgoing. I remember being a kid who didn’t care what others thought of her. I did experience some verbal and physical abuse at home, which became compounded when I experienced the bullying.

My parents meant well by sending me to this school, and they just didn’t know any better. Honestly, my parents were a bit clueless when it came to raising me and that set me up to be a target. They were always trying to protect me from the outside world and ended up protecting me too much for my own good. I didn’t know how to stand up for myself and I didn’t turn to my parents for support for fear that they would only make matters worse.

I was bullied by every single classmate, and the teachers just let it happen. I don’t believe that everyone wanted to bully me, but it was either bully or be bullied. It happened during class, during breaks, during lunch, during gym. Basically, everywhere. It was physical, emotional and verbal. I was hit, had things were thrown at me and spilled on me. I was called names and had rumors spread. Most significantly, I developed learned helplessness. I felt like there was nothing I could do to escape it or to stop it.

I so badly wanted to fight back but I had lost my will to do so. I wanted to reach out for help but I was too paralyzed by shame and fear.

It was one of the darkest times in my life. I’ve never felt so alone and so misunderstood. Those around me knew something had changed and they weren’t sure what. I think they thought I was just going through a phase.

I went from being a relatively normal girl to a socially awkward weirdo. I couldn’t go anywhere in public without feeling like the person next to me was judging me. I shut down around my family. I didn’t know how to be someone’s friend anymore. I just became extremely introverted.

I also became depressed and angry. I didn’t understand why this had happened to me. Why was I bullied? What made me a target? Why couldn’t I just be like everyone else? I had plenty of questions and not many answers. All I wanted was to be the person I used to be. Instead, I felt like I was moving further away from that possibility with each passing day.

A Light at the End of the Tunnel

I went on lost and confused until I went to college. I credit this time as being a turning point for me. My experience in college taught me how to find myself. It taught me that there was more to this world than I had known and that I could be free to be who I really was without fear of judgment.

After I realized that I could be me I still had to figure out how to do that without feeling self-conscious. Even though I wanted to be my true self, I was afraid of expressing my opinions and stating my wants and desires. It’s not that I was hiding some big secret; I just didn’t know how to handle criticism.

Ultimately, it was having more experiences in life that boosted my self-esteem and made me more confident to the point where I learned to not care what others thought of me as much. Feeling empowered and feeling the need to do something different, I went to Europe by myself for two and a half weeks. After that I moved out on my own for the first time.

Things were turning around.

The main reason I moved out on my own was because I was going to be attending grad school in another state. While I was trying to deal with the effects of being bullied on my own, I realized that I didn't have the tools I needed to be able to help myself. So I decided that when I went to college I would major in Psychology. I earned my Bachelor's degree and it definitely helped me along the way. I learned a lot about how the mind works and ways in which I could deal with how I was feeling.

After I started grad school, however, I realized that wasn’t the path I wanted to go down anymore, and I was unsure of what I would do next. I went on to get a job and knew that I had unanswered questions to figure out about my future. I was getting to a point where I was able to talk about my past and how it had affected me and I wanted to do something to give back and help others going through something similar. I felt hopeless for many years and didn’t want others to feel that way without knowing there was the possibility for things to get better.

So I left my job and decided to spend my time sharing my story and lessons learned and to be the resource I wish existed when I was really struggling. I also decided to start my podcast to create a space for other survivors of childhood trauma to share their stories as well. And I’ve recently become a life coach to support other survivors in a more one-to-one capacity.

The most important lesson I’ve learned is that we don’t need to be a victim of circumstance. We get to choose whether we are happy or miserable. There are always going to be things that will happen to us that we will wish didn’t, so all we can do is control how we react in those inevitable times.

I know that I am the person I am today because of what I went through, and while I wish that I didn’t have to go through those hard times, I am grateful for the life I have created for myself. The important thing is to use the hard times to make ourselves stronger rather than weaker and to become the person we are truly capable of being. 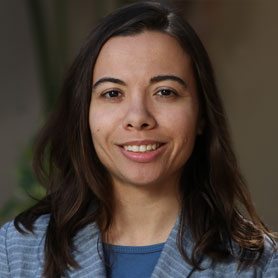 Melissa Wilson is the creator of The Grass Gets Greener website and podcast as well as a Certified Life Coach. As a survivor of childhood bullying and child abuse, Melissa uses her past experiences along with a background in psychology to guide her in the work she does today. Melissa's mission is to empower survivors of childhood trauma and abuse to realize their potential and live the life they desire and deserve to live.

The Mask You Live In By The Representation Project