This TEDx Talk features Sasha Joseph Neulinger. Sasha speaks about his trauma as a child and how he learned to love himself again by transforming his pain into good.

Sasha’s uncle took away his innocence and left him feeling unlovable and unable to respect himself. Over the next four years he was sexually abused by two uncles and one male cousin. His pain continued up until he was 17 and the last legal trial had ended against his abusers.

While the quality of Sasha’s life improved, he still had the emotions from his childhood buried away which prevented him from loving himself. Rather than allowing his trauma to shape his life for the worse, he chose to love “4 year old Sasha”.

One of the biggest factors that helped Sasha love and accept his childhood was by telling close friends what had happened to him. Opening up felt great and allowed him to move on past his trauma.

He now shares his greatest vulnerabilities with the world by advocating for reforms in child advocacy and child abuse prevention. Sasha is currently directing his first feature length documentary, “Rewind To Fast-Forward,” which is an autobiographical film about his life surviving multi-generational sexual abuse.

“So many of us struggle silently. Isolating ourselves and further perpetuating this idea that we’re separate from or less than those around us. While not all of us have been sexually abused, all of us at some point or another have struggled to love ourselves”.

Regardless of where your personal pain originated from, you have to embrace the fact that you cannot change or reverse the trauma. You can only control the present moment. It’s up to you to choose how you’ll let your trauma shape the rest of your life. 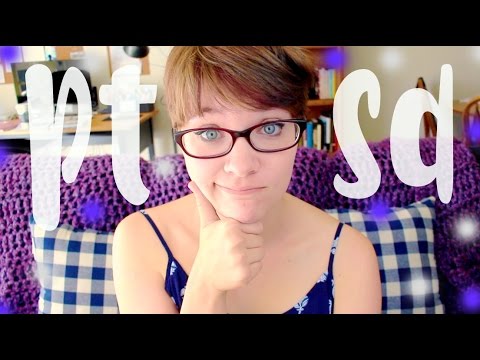 Learn About PTSD By LikeKristen

Healing from Trauma and Moving On By Dr. Lawrence Robinson, Melinda Smith, and Jeanne Segal

My Life - Tug of War By Novni Community Member