10 Reasons People are Lonely? It’s More Complicated Than That

As we all start living longer, it means we will probably spend much of our so-called twilight years alone

That all sounds a bit bleak. But there are definite glimmers of hope. What I discovered over the last year is an enormous and wonderful network of charities and volunteers – people who talk on the phone to lonely people, who organize parties for them, who befriend or visit, who run groups and outings. When you see what a difference such a small thing as a cup of tea or a chat can make to someone’s life it really does make you want to sign up immediately.

I learned from the remarkable 93-year-old Bob that he expects to feel lonely for the rest of his life because his beloved Kath is no longer by his side, though he takes great comfort from her ashes seated in the chair next to him. But equally importantly, he has started volunteering – it gives him a purpose, a reason to get out of bed. He doesn’t deny how lonely he is but he’s trying his best to keep going.

Olive, at 100, sits there day in day out, craving someone to chat to. The high point of her life is the monthly tea party that brings together lonely over 75s. But it also gives a purpose to lonely younger people like Kylie, who says as a volunteer she gets as much out of the occasion as people like Olive.

Some men can find it hard to talk about their emotions, so it was all the more remarkable that 72-year-old Richard was willing to go on camera and talk about how lonely he was following the death of his wife. Loneliness, he said, scared him more than death and the prospect of another 20-plus years on his own horrified him. He’s taken to internet dating with a vengeance, though admits his chances of success are probably slim. In spite of material wealth and a large family, Richard says it just doesn’t fill the void in his life. And that is what I heard again and again.

People of all ages missed someone to do nothing with. To chat idly. To sit next to. Part of me feels we have to train ourselves to enjoy solitude more. And perhaps also work harder at being kind to others and creating new support networks to replace the traditional ones, now lost. 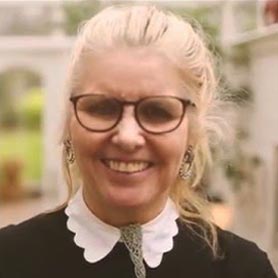 Sue is an award winning film maker. Her latest documentary The Age of Loneliness investigates the ‘silent epidemic’ that is affecting people of all ages across the globe.

Find out more about Sue and get access to her documentaries on DVD by visiting Wellpark Productions.

Should I Die or Live By Novni Community Member