Never Make a Major Life Change If You Are Depressed

By Wing of Madness

So let’s say that you’re dissatisfied with something about your life, and you’re thinking of making a big change. Your job isn’t satisfying, your marriage or relationship isn’t working out or maybe you don’t like where you live. You’re pretty sure there’s something better waiting for you if you change your circumstances.

If you’re feeling this way, stop! Don’t do it until you read this.

Is there any chance that you’re clinically depressed? The reason I’m asking is that one of the most useful guidelines about living through depression that I can give is this: Never, ever make a major life decision while you’re depressed.

For many people with depression, it’s not even necessary to make this point. People who are depressed tend to, more often than not, stick with the status quo because change is often an anathema when you’re depressed, and it’s hard to make any decisions or take action.

However, I’ve known people who have made life-changing decisions because they think that the problem is the work that they do. They’ve changed jobs, changed careers or even gone back to school. They figure that the reason they’re feeling so crummy is that they’re in the wrong career or in the wrong field, or have the wrong degree.

I can’t tell you the number of times that I’ve heard “I think I’m going to leave my spouse. My marriage just isn’t working and it’s better to end it now.” A variation on this statement is, “He/she would be better off without me.” You know what happens most of the time when they finally realize they have depression and get it treated? Well, the spouse or partner has often moved on to another relationship. Their relationship with their children might be irreparably damaged, not because of their depression, but because they broke up the family.

Maybe the problem seems to be where you’re living. You think that moving to another state (or house or city or even country) might do the trick. Unless you’re moving to a climate with more sun to treat Seasonal Affective Disorder, don’t hire the movers yet.

Here’s the main problem with acting on this type of thinking if you’re depressed: depression distorts reality. It affects your ability to perceive your life in any kind of positive light. It’s the opposite of rose-colored glasses or beer goggles, which make things look better and more attractive than they actually are. Everything that’s viewed through the distortion of depression is negatively affected by it and seems to be worse than it really is. Jobs aren’t satisfying; relationships are unworkable. Depression distortion can even send older people into nursing homes sooner, since they perceive their health as worsening more quickly than it really is.

What happens when you act on this dissatisfaction? Well, unless you’ve recovered from depression, all that happens is you find another career or partner, and sure as the sun rises in the east, eventually you’ll realize that you’re still unhappy. You’ve changed your situation, but chances are that the situation was not the problem; your depression is.

And let’s be blunt – if you’re depressed, there’s a good chance that it’s having a negative impact on your relationships and work performance. All sorts of abilities go to hell with depression. Your communication and cognitive skills are very possibly affected, so it may be that your life is indeed deteriorating in certain ways, but the only thing that will make a permanent impact is treating your depression.

So if you’re thinking about making a major life change and there’s a chance that you’re depressed, take some time to find out if you could have clinical depression. Make an appointment with your general practitioner specifically to talk about this (don’t beat around the bush). If you do, get treated with therapy or medication or both.

When you start feeling better in general, if you still perceive problems in your relationship or work situation, then you’re in a much better position to judge what can be done, if anything, before chucking it all.

Wing of Madness has been providing information and support to people dealing with their own depression or that of someone they know.

You've Survived 100% of Your Worst Days By Novni Community Member 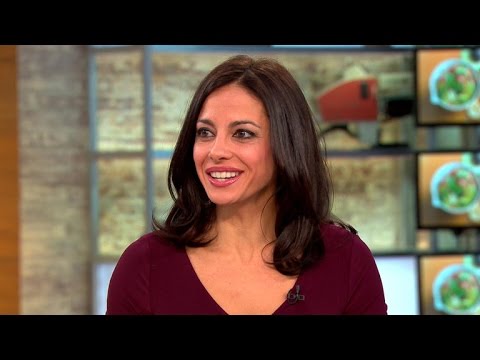 How Does Your Diet Impact Your Mental Health? By CBS This Morning