When I was young, I would sob and ask my mother where my daddy was and why he wasn’t here for me. The response was always the same; it’s complicated, he didn’t want you, and it doesn’t matter because he is never going to be here.

A few years passed, and again I was sobbing and asking my mother the same questions. I was told you were married and had a daughter. You had a new family and that family and child had value and you stayed with them. Again, I wondered what was wrong with me and cried because I had no answers and my existence had no value.

As one could guess, growing up without a father was difficult for me and I know my mother struggled to raise me on her own for a variety of reasons. My grandfather helped to fill the role from time to time, but he couldn’t always be there to fill such a void, and it wasn’t his responsibility to do so. For a lot of other reasons life was much harder than it should have been growing up, but I had to live with the hand I was dealt so to speak.

I finished high school and started taking classes at the local Jr. College, but I was tired of school and was desperate to get away from home. I joined and served honorably in the military for a while as a means of getting away, growing up, and finding some much needed independence.

I moved back home for a while after serving and remember asking my mother one day what your name was. She said she couldn’t tell me, there were still people in town that might know you. That didn’t make any sense to me, but then she backtracked and gave me just your first name instead.

I would never forget your name.

At the end of my freshman year in college, I sat down beside a young lady I had passed a thousand times walking in and out of our co-ed dorm. I didn’t know her name and had never spoken to her before. We were both waiting for the same thing, I can’t remember what, and engaged in some small talk. During our conversation I told her where I was from, to which she replied her parents were from the same town. I asked her what their names were thinking I might know them. When she replied, she said your name. For some people it would mean nothing, but your name was very unique and I found it to be no small coincidence.

I decided to investigate what I suspected; this young lady is my sister. I wasn’t able to find or confirm much, but I found just enough to reasonably believe I was right. I made the rash decision to share my findings with this young lady. It didn’t go well at first, but then it sunk in after I told her my story, and particularly after she looked at my face and saw yours plain as day. I learned not only did I have one sister, but I had two.

We swapped phone numbers and agreed to stay in touch. I tried to do so as time went on, but she didn’t seem interested and eventually I lost track of her. I began to wonder if I was wrong and doubted everything that I believed I had learned. I began to speculate if my mother had given me a bogus name, or if your daughter had confronted you only to be told I was a lunatic and to stay away.

I tried speaking to my mother about it again and told her I knew who my father was. She didn’t take kindly to the suggestion and emphatically stated it was impossible, she was the only one that knew who you were, that you didn’t live in this state anymore. I was her child she said, no one else’s and who my father was didn’t matter.

I found myself as an eight year old boy again, sobbing, upset because I didn’t know my father, and wondering why he wasn’t there. Once again, I had no way to reach out and ask all the questions I so desperately wanted answers to.

Twelve years passed very quickly after that day. I graduated from college, got married, had a child of my own, and tried to ignore the unanswered questions. I spent twelve years lying to myself, trying to believe that I no longer cared to know who you are.

I decided 3 weeks ago that I couldn’t take it anymore and I was going to see this through one way or the other. I began to put my investigative skills to work and combed my home state for any record of your name as I believed it to be.

I decided I had to reach out, try to confirm who you were without a doubt in order to put my mind at ease and my past behind me. I found your email address and sent you a letter. Imagine both my shock and surprise to actually get a reply. I admit, I was naive and a foolishly hopeful eight year old boy again.

We shared a few brief exchanges and after putting all the pieces together I had most of the answers I always wanted. I knew your name, where you lived, what you had done with your life, and who your family was. I had the right man, and finally knew who my father was. I even found a tiny blurred photo offering a poor image of what you looked like.

You didn’t react well to my reaching out and offer to meet despite being a mere 45 minutes away. There was too much at stake, I deserved better, and you were sorry, but you would think about it.

I knew you were trying to tell me no, you just couldn’t say the words.

I waited to see if you had the courage to reach out to me, and in the meantime tried reaching out not only to the sister I met 12 years ago, but finding the other sister whose name I didn’t know.

She lives 15-20 minutes from my house. I decided I was going to reach out to her, but this time I was going to be patient, smart, and more careful. You didn’t want your family to know I existed, so I knew I needed to reach my sister such that she wouldn’t immediately run and tell the rest of your family.

I learned she was married and decided it best to approach her husband first. I figured he, knowing his wife best, would know to proceed if he was willing to help me reach her. While learning all I could about him, I found he was friends with my neighbor. I went to college with my neighbor and they’re like family to us now, her husband and I were fraternity brothers in college and close friends. I sat down with her and told my story and asked if she would reach out to him for me and arrange for us to meet. She agreed, and made it happen.

I took my wife with me and we sat down to an awkward and very emotional 2 hours of conversation. I showed him all the proof I had of my claims. He calmly reviewed all the materials and quietly listened to everything I had to say. His response to it all was a breath of fresh air; he believed me, he understood, and he was willing to do what he could to help me connect with my sister. My wife asked him if I looked like my dad, and without hesitation he said yes, there is no doubt.

Once again, I felt like an eight year old boy and cried.

The next day passed slowly, my anxiety was high and my nerves were completely shot. I was fighting a cold, and I haven’t slept well in 3 weeks. I didn’t hear anything and didn’t expect to, it has been just one day. I was trying to be patient, but my mind couldn’t focus on anything else.

I awoke the next morning and received a text message that I had missed hearing late the night before.

I freaked out. I sent a reply asking if she was okay, was there anything I could do for her, and that I was sorry for the kind of news she had received.

The response I received was the grace of God; I am ok. Still sorting through this, but it’s not your fault. I would love to meet you and I don’t want to lose this connection. This is going to be complicated, but we’ll figure it out.

My sister is an angel.

We spent the rest of that day texting each other non-stop until we both fell asleep. Prior to going to bed, we agreed to meet, just the two of us the next morning. I am 37 years old now, and I cried tears of joy.

We met yesterday morning at a quiet park near where she lives. We walked and talked for almost 3 hours. We talked about so many things and at the end as we shared a big hug and were preparing to part ways, she said the most wonderful things;

I don’t know what will happen regarding my dad or the rest of my family, but for now you have me and I’m not going anywhere. As far as I am concerned, you’re my brother and I am so happy to have you. You exist now and nothing can change that, we’re family and I look forward to our futures together.

I couldn’t thank her enough, and told her that we could proceed however she felt best, to just communicate with me and let me know what she was comfortable with and when. You’re the boss I told her, I will follow your lead. She told me emphatically, no. I’m not the boss. This is our journey, and we’re going to walk it together side by side. I cried, tears of joy all the way to work.

I exist now. In spite of you.

I have gained a sister and her family which includes a niece and a nephew my little girl now gets to grow up with. I couldn’t be happier for myself and our families.

I want you to know, you’re forgiven, and were forgiven long ago by me. I am not angry with you. I am frustrated with and disappointed in you, nothing more.

I wish so very much for you to reach out, to shake the mistakes of the past and set the truth and yourself free. I want you to know that I am here, I am not going anywhere, and although I will not be waiting for you, if you choose to find me I will welcome you.

I hope, should this letter ever make its way to your eye’s that you can read between the lines and see God’s handiwork and grace throughout. Finding my sisters, not once, but twice was not mere coincidence. It was literally years of my prayers, begging and pleading for something, anything that was better than the nothing I was living with. Not just my prayers, but also more recently, prayers from those I love and trust most, having shared with them what was happened the past 3 weeks. 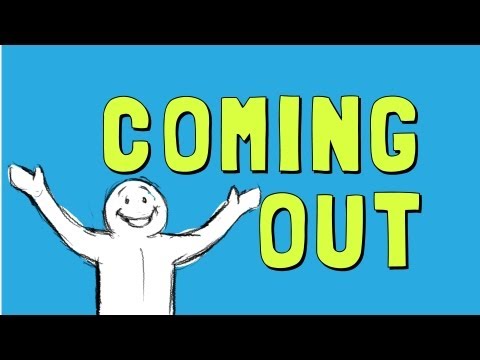 Coming Out of the Closet By WellCast