The stigma attached to mental illness makes it incredibly hard to express yourself socially without feeling like you’ll be judged. Telling someone suffering from mental illness to “just suck it up and deal with it” is like telling someone with a broken leg to run a marathon.

Mental illnesses, although invisible on the outside, can be crippling on the inside. Due to the stigma attached to them, it’s not uncommon for people to bottle up their emotions and put up a front so people don’t notice or ask questions.

According to the World Health Organization:

“One out of every four people in the world will be affected by mental or neurological disorders at some point in their lives. That means approximately 450 million people currently suffer from such conditions, placing mental disorders among the leading causes of ill-health and disability worldwide. Treatments are available, but nearly two-thirds of people with a known mental disorder never seek help from a health professional. Stigma, discrimination and neglect prevent care and treatment from reaching people with mental disorders”

With nearly 450 million people suffering worldwide you would think more people would be talking about it, yet the stigma remains. This video showcases people with mental illnesses who share their story in hopes of erasing the stigma.

A great way to begin erasing the stigma is by sharing your story. Novni is a useful outlet to share anonymously while interacting with a community of people going through similar experiences. You can disable comments too, if you like, so that people can read your story without having the ability to comment anything negative.

In addition to writing and sharing your story, the participants in this video suggested other tips that helped them cope with their mental illness. Leaning on friends and family was especially helpful to one man, while doing yoga and getting a pet helped other people feel better.

Consider this staggering fact. 90% of people who die from suicide each year were found to have diagnosable mental disorders. If people know wholeheartedly that they can share their story without judgement, they won’t have to suffer alone anymore. The ability to talk openly about mental health can save thousands of lives. Try giving some of these suggestions a try to help you cope with your mental illness. Together we can erase the stigma. 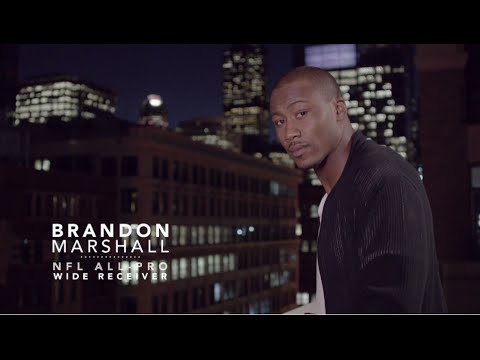 Brandon Marshall is Stronger Than Stigma By BringChange2Mind